We would like to share with you a very simple trick on how to create a translation memory (TM) using the legacy file (existing file). If you are an expert on this and would modify the content for better insights, we are always open to that, as always.

You might be wondering why we always share tips and tricks on Trados, not else. We are not sure of how many translators around the world are now actively using Trados (any versions), but in Indonesia, this software is leading among similar platforms. We can't tell why it is so. In addition, Trados is must-use software internally in our company. It means that we mostly rely on Trados in handling most of our projects, though we accomodate other CAT tools as well, such as memoQ, De Ja Vu, and some others.

To do this, it is very simple.

Open your Trados and go to Translation Memories. 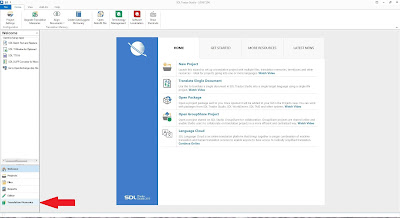 You are then directed to the most deciding moment. You're almost there! An Upgrade Translation Memories dialog box appears. Click on Browse to decide where to locate your imported translation memory (locate it in most convenient folder to you). When you are done with this step and sure of the location, click on Quick Upgrade.

The TMX file (other legacy files you import from) is now imported and how long the process can be, will relatively depend on the imported data size; the bigger, the longer. You are now done and click on Close > Yes.

The imported file is now ready for use with your Trados file. You can translate your file using the TM you just created from the legacy file. See below for how the finished TM looks like.

We have considered other versions of SDL Trados Studio (2011 and 2014). We tested the steps in SDL Trados 2015 to SDL Trados 2011 and 2014 this morning and the steps are similar. Also, we counted back how long the actual time will take for processing one file (from the scratch) and we found that it took less than 30 seconds for 176KB tmx file. Wow, super fast!
Posted by probahasa translation at 2:20:00 PM